Like many, I’ve been mindful in how I have charted my career as an illusionist over the past 16 years. I have been very particular in evolving as an artiste and having as all-round a career experience as possible. After all, variety is the spice of life!

I think I’ve been successful from that perspective, having worked all types of high-value projects around the world; from having my own daily show for a year, headlining international cruise lines and corporate & special events as well as being booked for TV shows and specials in Singapore, Japan, France, Italy and China.

However, one of the projects I take on selectively is being an act in a production show. 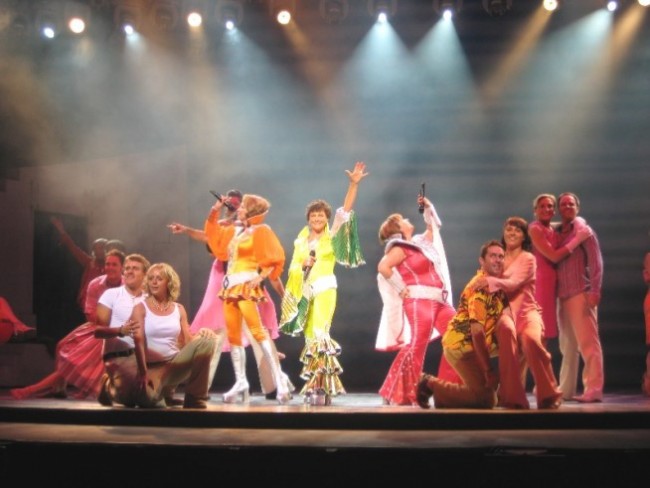 What is a Production Show?

A production show is a multi-cast/ multi-artiste show that features a variety of acts in a single show usually seamlessly held together with a theme or storyline. At times, the show may also be anchored by an emcee who holds the show together.

The show will commonly feature dancers, singers and variety artistes such as magicians, jugglers, acrobats, ventriloquists or other specialty acts.

Each act will be about five – ten minutes long (depending on the nature of the act) and the creative director will find ways to integrate each act so that they fit into the overall concept of the show.

In some regions like in Europe, production shows are better known as varieties or revues. Although the latter focuses on dance-centric shows. Smaller shows of this nature are called cabarets.

For artistes, the benefits of working a production show are that you are booked for a run of shows for a specific period and you do not need to travel, set-up and pack down your props each day.

The negatives (to me) are that you are generally working everyday or 6 days a week and production shows typically pay by the week or run as opposed to per show. You would earn substantially less than what you would command for a one-off corporate show but it is made up by the fact that you are booked for a run.

I generally do not take on production shows for this reason. It is contrary to my “Less Shows More Money” approach. However, I do take on a production show if the money makes enough sense, if it is a prestigious venue/ production, if I think it will be a good experience and if I can learn something new.

I’ve done a handful of production shows in Malaysia, Kuwait, Bangladesh and Italy. And I’m currently part of a month-long daily production show being presented in Resorts World Sentosa, a casino-resort.

Working with the Creative Team

As your act is just one act within a bigger show, you will have to work with the creative team to ensure your act fits the show. This includes working with costuming, music, prop design, script as well as other artistes. In most production shows, they can also support your illusion act by providing you with extra dancers to add scale.

While we all have our personal artistic integrity and image, some flexibility will be needed on your part to work out the best compromise and fit for the show.

In the show I’m currently working in, new music was written for my act and a new costume was given. I also worked out the staging of the act based on what the director had in mind and made use of the hydraulic lift to deliver one of my illusions. I had input in all creative aspects and ensured my fit into the producers/ creative director’s vision of the show. 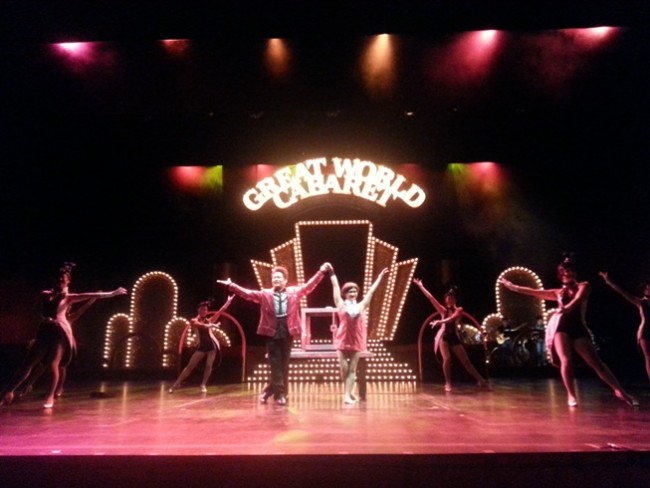 If you work with a good production show in a good theatre, you will have professional support in terms of audio, visual, lighting, staging and show crew.

The show crew will basically work as your crew and work your act as needed. For all intents and purposes, they will take the place of your regular crew. The exception would be if it is a very short run and it makes more sense to use your own crew. 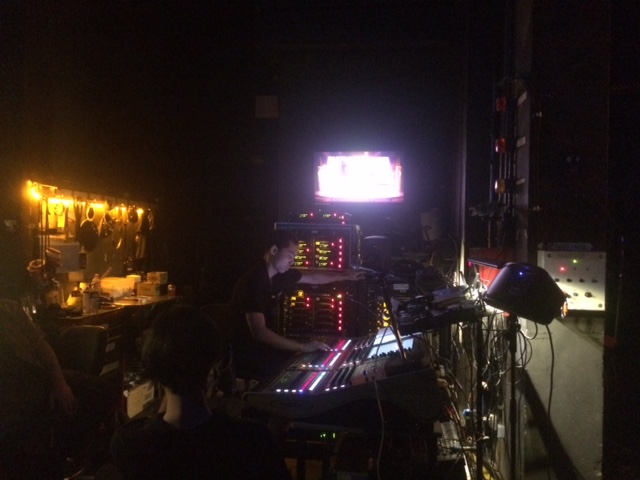 Sound control at Stage Left of the professional theatre

For the show I’m working now, it is in a professional theatre with a professional crew, my crew basically came in for two days and taught the theatre crew how to set up, strike, move the props and do all the things secret illusion crew members do. Subsequently, the theatre crew has supported my act and my crew is not present for the shows, except for scheduled prop maintenance days.

Any standard lighting, sound and staging requirements will be provided for unless you also specified specific technical support in your contract.

As you are not the only act in the show, you will be expected to share the stage and backstage with other acts and artistes.

With illusions, you will naturally require a large space to set/ store your props. Work with the producers/ director and stage manager on an allocated backstage area for your props as well as the movement they will take.

Due to magic secrets or delicate nature of some set-ups (for e.g. cloth folded in a certain way, wire/ thread work or even a Losander Floating Table), you will also want a set-up/ storage area away from others.

You should also highlight any special requirements you might need for leg drops, back curtains or any prop that requires flying (overhead rigging).

More than likely, you will need two set-up areas for your props. The first is the “pre-set” area at the start of the show. Assuming, you are not the first act, the stage wings will likely need to be kept free for other acts. Just before your act, the props will be moved from the “pre-set” area to the positioned required to move them onto stage.

The most important person who needs to know the exact position and movement of your props is the stage manager as he or she will be the one delegating roles to the stage crew.

If you are very protective of your secrets; have the production team and other artistes sign Non-Disclosure Agreements to deter them from exposing any of your secrets.

Just as you would not want people fiddling with your props, respect the equipment of other artistes and do not touch their props or set-ups without permission.

How to Succeed in a Production Show?

This may seem obvious but having a good solid act that the producers or director do not have to worry about is the best way to succeed in a production show.

In addition, design your act to fit the venue, target audience and show concept. If the show is a vaudeville era show, a high tech illusion with LCD screens will not work.

If the audience is an international audience that do not speak a common language or you do not patter in languages that the audience understands, then cut down talking acts. Perform just visual effects and illusions.

Do not leave a mess on stage! Confetti, Kabuki streamers, playing cards and liquids left in stage can be very dangerous for other artistes that require a clear stage. If your act requires you to “litter”, check with the producers/ director first and work out a solution together.

Don’t Be a Box Pusher

In today’s day and age, the old fashioned presentation of “box pushing” and gesturing will not cut it for high quality production shows.

Streamline your presentation and think about your economy of action. Every non-magic action has to be well thought out and choreographed. The actions must be performed smoothly and with economy of action. That means that any single action should be accomplished with the least amount of movements. In any single illusion performance, there can easily be ten non-magic actions to perform. So, it is critical to ensure these actions are short and look elegant so that the entire illusion performance will be polished and professional.

A well-thought out stage set-up can also do wonders for the look of an illusion act. In the production show that I’m currently working in, the stage is set with three props because the stage is very wide (50ft). This allows me to perform three illusions in succession without the need to push in or out any props. Good lighting design only lights up one illusion/ stage area at a time and it feels dynamic and exciting as different parts of the stage is used for different illusions. 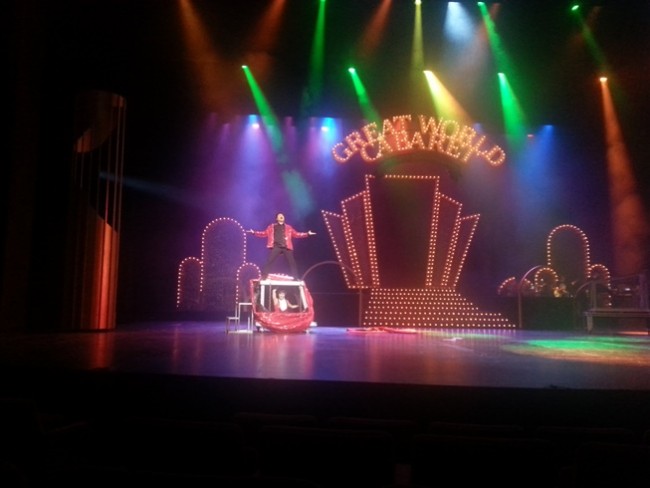 I present “Crystal Appearance” and “Crystal Metamorphosis” in succession as one act to one piece of music.

Add Texture to Your Act

Many acts tend to have one speed or convey only one sense of style or emotion. Unless yours is one complete act performed with a specific theme or storyline, it is possible to perform different illusions with different textures in a single act.

Texture gives an act a sense of all-roundness and can be more memorable.

So, if your act is a fast-paced and dynamic one, you can have one illusion or routine in between that is softer, romantic or evokes sentimental emotion. 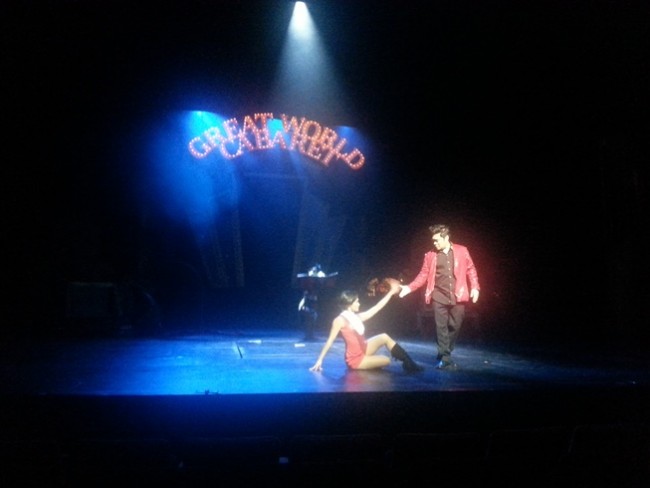 A soft cool jazzy transitional routine follows a fast-paced and dynamic set. The lighting design and music changes to match the mood of the routine.

Everyone wants to work with a professional. This does not mean being a “yes person” or just doing as you are told. But it is being able to deliver a top notch act while working amicably and in synergy with the rest of the team.

When working with the creative team, there are bound to creative differences. I recommend always listening first and considering all suggestions. Pick your battles and try not to shoot down all ideas. While it is understandable that you want to protect your brand and image, you also want to be a team player.

Professionalism also extends beyond the stage. Show producers do not want to deal with artistes who have alcohol or substance abuse problems. Likewise, they want dependable acts who will turn up on time and not have extra curricular activities that will embarrass the show or bring negative PR. This extends to social media behavior and how an artiste engages with show goers and critics.

The show and theatre community is small. Show producers, directors and casting agents all know each other. If you are professional to work with, you will get referrals and more work. But the opposite holds true too. If you are unprofessional and do not have a solid act, word will also get around.

In Part 2, I will explore how to get booked as an illusionist in a production show.