TV magic here refers to performing your magic on television and not special CGI magic sometimes seen on TV!

If you have a chance to perform your magic on a TV interview talk show or are working on an online magic series, here are 3 things not to do when crafting and presenting your magic for the video camera. 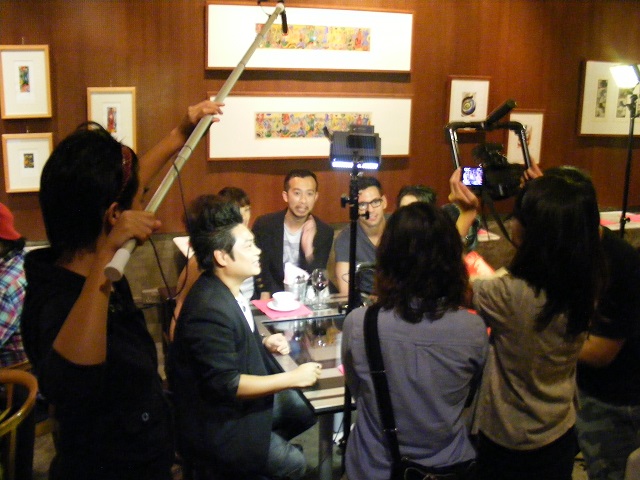 Mistake #1 – Not Rehearsing for the Camera

Performing for a live audience and performing magic for TV a video camera is completely different.

The camera eye acts very differently from the human eye and has many more limitations. The camera has a much narrower field of vision and sees things from a fixed perspective.

This means you have to ensure your movements, actions and presentation will be clearly picked up by the camera.

It is useful to know in advance what sort of environment you will be filming in. It is also good know if it is a single camera or multi-camera set-up. If it is a multi-camera set-up, you should be aware of which is the majn camera that will be focusing on you and your magic.

You should also block (choreograph) your performance based on whether the framing of the camera is a 2-shot (2 people in the shot) or a 1-Shot, also called a piece-to-camera (PTC).

If you are performing to someone, you have to think how to effectively present your magic to the person as well as to the camera.

As you can see, there is much to think about the blocking of your performance for the camera prior to filming. Not rehearsing for the camera is a huge mistake!

If you are new to performing for the TV camera, it is best to perform material that you are familiar with. Resist the temptation to perform the “latest, coolest, most mind-blowing” brand new effect on the market.

With new material that has not been “battle-tested” through hundreds of performance, there is always the uncertainty and anxiety of things going wrong. Coupled with the stress of performing for TV (especially if it is live TV), there is a danger of not performing at your best.

Pick your best and most familiar effects and rehearse them for the camera before filming.

This should be a clear-cut “no-no” but it is surprising how many magicians rip-off other magicians’ routines, props or even complete acts.

The worst I have seen in recent times are in several different countries’ “Got Talent” shows where acts are literally copied wholesale. I have exchanged messages with a few of these magicians and the response is that the producers made them perform the acts. Utter rubbish! No one can make you perform anything. The problem is the lack of ethics in the performers who are willing to steal to be on TV.

The other excuse I have gotten from experienced magicians is that they need to fill TV time and are unable to create new material in time. So, their logical solution is to steal other magicians’ acts. If one doesn’t have the talent, resources or time to create original content or obtain authorized content, that should indicate that one is not at a high enough level to be on TV. Sadly, this is not always the case.

If you want to have any credibility or respect as a magician, do not make the mistake of copying another performer’s act, routine, effect or performing persona. A pirated performance on TV can hurt your career in the long run, especially in the age of video sharing platforms and social media.

For tips on performing illusions specifically on television, check out my article on “How to Perform Illusions on TV“.

If you have the opportunity to perform magic on a TV show or are working on some killer Internet magic videos, you will need specific skills when it comes to presenting magic and illusions in front of the camera.

I have produced a first-of-its-kind 4-hour video course on “Filming Magic for Television: Street or Studio”. It draws on my 12 years of experience working as an on-screen talent, magic consultant and magic producer for TV projects across countries and platforms.

For detailed contents listing and to order the streaming video course, click here.