This article explores how to improve your magic illusion show and make quantum leaps as a performer and entertainer.

First, it is important to recognize the distinction between an act and a show.

An act is a short specialty act that generally is between 6 – 12 minutes long. It is highly specialized and features one or two routines/ genres of your art. It features multiple effects or “tricks” in a self-contained “story” that is told within the performance of the act.

With the above distinctions in mind, this post focuses on how to improve your show, which will naturally encompass your individual acts.

How to Evaluate Your Show

Before you can improve your show, you need to know what to look out for and how to evaluate your show.

This is fundamental and most magicians & Illusionists know this inherently.

You need to make sure there are no flashes & exposure. But, you should also look for smoothness in magic technique. Any fumbling, suspicious moves or awkwardness will not look aesthetically pleasing and will take the audience out of your performance.

Economy of action refers to using the least amount of movements to execute specific actions. The actions can include performing moves during manipulation or general magic acts. In illusion performance, these include non-magic actions such as opening/ closing a door to a prop, removing a cloth, turning a prop around, taking swords/ spears/ tubes from a stand or stage hand or moving panels, illusion parts or catches.

Many performers do not think about how to present such non-magic actions. As a result, these actions are performed without thinking how they look or take too much time to perform. Every non-magic action has to be well thought out and choreographed. The actions must be performed smoothly and with economy of action.

In any single magic or illusion performance, there can easily be ten non-magic actions to perform. So, it is critical to ensure these actions are short and look elegant so that the entire performance will be polished and professional.

This refers to how your show looks, feels and hears as a whole. Is the show consistent with your stage character, branding and image?

Are the visual aspects of your show pleasing and consistent? These include the look of your props, costumes, lighting and stage sets.

Are the audio aspects of your show pleasing and consistent? This refers to your script and music.

Just like economy of action, you must practice economy of script. Use the least amount of words to communicate a message unless there is a deliberate need to do otherwise.

Are your music tracks consistent or jarringly different from each other that they feel like a hodgepodge of music?

One point often overlooked is the audio quality of each track. If you obtained your music from different sources, there may be differences in quality (like how images can have different resolutions).

Also ensure that all your music levels are equalized. That means all the music will be played back at the same volume without the need to adjust the channel volume control on the sound board.

This is a very important aspect to a show that may not come naturally to some people. As important as it is for your individual acts, routines and illusions to be well choreographed and presented, it is just as important for your show to be structured well and for the show order to be “right”.

“Right” is subjective. However, there are different show orders that work better than others. A good show order has the acts flow well into each other in a logical and/ or theatrical manner.

The show, as a whole, must also take the audience on a journey and definitely build to a finale, closing or end. Anytime you can’t tell (feel) when a show is ending or are caught off-guard by an abrupt ending, the issue lies in the show structure.

Just like ensuring economy of action for your moves and movements in your individual acts, you want to create the same kind of economy between acts and during transitions.

You need to think of devices that you use to go from one act to another. This can be in the form of your script, change in lighting, music, multi-media transitions or theatrical movement.

Regardless of the device employed, it should be efficient in motion. There should be no “dead time” between acts. 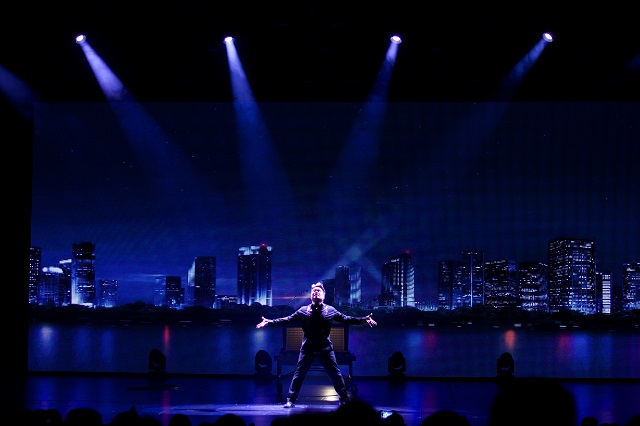 Visual moments or picture moments are points in the show that are aesthetically pleasing points and could theoretically (and practically) be captured as photographs or snapshots of the performance. Imagine if the performance is frozen in time. This moment should look like a picture-perfect moment.

Try to create each act with these visual moments in mind. Design to feature them naturally and organically within the performance without looking too artificially engineered.

The most common visual moments in a magic or illusion show are when the magic happens, during an audience applause cue or finale pose.

However, there are also many other moments that can be choreographed to create a visual moment such as when interacting with the audience, having a spectator perform a certain action or introducing/ revealing a prop.

How to Improve Your Show

We have explored the different things to look out for when evaluating a show. Now, we will discuss the practical ways to improve your show.

This is the single most useful tool available to you and you will clear half the problems or issues in your show if you have a critical eye. 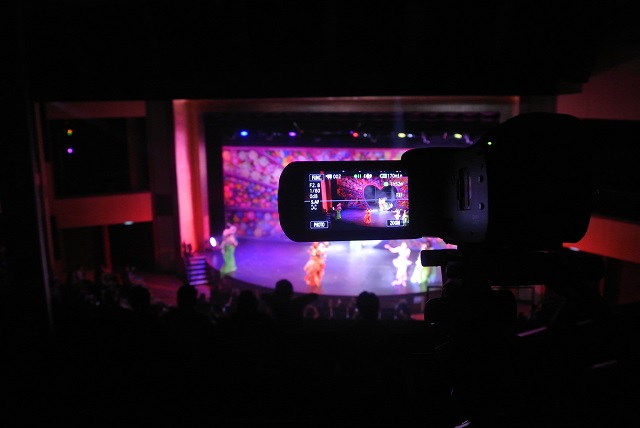 Most people hate seeing and hearing themselves on video. I am no different. I absolutely hate watching myself as I find it cringe worthy. However, being critical enables me to identity mistakes or points of improvements.

Often, I find myself shouting at the screen, ranting how stupid I am for doing certain things. Other times, I do identify areas to improve that I just could not see on stage. These include stage movement, script, lighting or actions by other supporting performers or crew.

Get a video camera (even a cheap non-high definition one works fine) and film your shows. With the advent of camera phones, there is no excuse to not being able to film yourself in some way.

There are mounting devices, stands and tripods to mount camera phones, compact cameras or camcorders that you put in the audience or even at the foot of the stage to capture your show. You do not even need an operator to help film your show as the camera can be left unmanned.

Find a Producer or Director

A good producer or director will be able to help with your show. You can find a theatrical director or a general show producer who has experience with variety acts. You can also look for magicians and illusionists with producing/ directing experience.

A good director will have an “eye” and experience to highlight issues concerning show structure, story-telling, stage character, movement and choreography.

A good producer will be able to assist in making the show commercial and entertaining with production value for the target market.

I personally do not ask fellow magicians for critique if they do not have directing/ producing experience. One reason is that they tend to focus on micro issues and be too magician-centric.

Another reason is that they have their own magic sensibilities and style which affect how they view (or appreciate) other magic acts. Directors and producers have to be outward-looking and not inward looking. However, magicians are great to point out flaws in magic techniques and offer suggestions for technical handling.

Studying plays or films will also help you understand story and character arcs or well as proven story structures. Even summer block buster “popcorn” movies have a simple formula or structure that can be adopted for a magic show.

Read books, listen to podcasts and watch films with the director’s commentary on to get insights on how and why certain artistic decisions are made.