One of the most sought after but elusive feats in illusions is finding good solo illusions for magicians and illusionists that can be performed by a single performer.

Over my 18-year professional career, I have worked around the world as a solo performer as well as working with assistants or a partner. This has given me quite a bit of experience producing shows with different dynamics based on the make-up of the cast on stage. 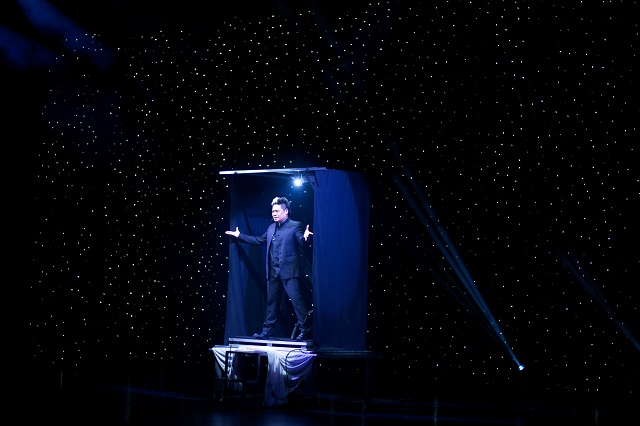 For the past two years, I’ve been performing a full solo illusion show exclusively in Asia and Europe for special events and luxury cruise liners. The show has been hugely successful with extended contracts and lots of interest in an illusion show with a unique feel.

The show took a year to produce (design, build, rehearse etc) but I have been researching and mulling over solo illusions since the late 90s.

I thought I would share some insight I gained along the way. Here are a few ideas on solo illusions for magicians and illusionist.

First, quite a number of traditional illusions can be modified and adapted to become solo illusions. But, it does take some innovation and ability to redesign parts of the illusions to allow for a solo operation.

There are two parts to “creating” a solo illusion. One is the ability to see how an illusion effect can be adapted as a solo effect without awkward or inefficient choreography, movements or dead time. Some illusions are naturally easier to adapt as a solo illusion while others will need some ingenuity. A traditional two-person metamorphosis-style illusion is hard to pull off solo.

The second is the ability to physically build or modify parts and/ or the structure of the illusion itself so that it can be operated by a single person. One would need some design and build experience to do this.

Having knowledge of different types of hardware components like latches, catches, spring devices, gears and cables will be of great benefit. Alternatively, you can bring a solo illusion concept to an experienced illusion builder who can advise how it can be built.

Here are some examples of solo illusions to get you inspired.

The challenge in creating a solo appearance illusion is finding a way to create the cover device to the performer to get into position. Covers can be created in the form of cloths, curtains, smoke, flash devices or roller blinds. The key is finding a way bring the cover in place and then remove it to reveal the appearance.

In traditional illusions, an assistant(s) will bring in the cover. For e.g., in the case of a “Crystal Casket” illusion. For the solo illusionist, there are methods to release curtains through Kabuki-like drop systems, clips, Velcro, spring catches or electronic and motorized systems.

Some illusions that can be adapted into solo appearances include Jim Steinmeyer’s “Elevator” illusion, Servals Le Roy’s “Modern Cabinet”, “The Shadow Box (credited to Cyril Yettmah’s  “Lady from Light”), Thomas Tobin’s “Proteus Cabinet”, the Flash Appearance and the “Smoke Chamber”.

Check out a cool suspended smoke chamber performed by Sam Powers on Australia’s Got Talent.

My “Shadow Appearance” illusion was designed as a self-contained appearance illusion for the start of my solo illusion show.

Box illusions are probably the hardest to perform solo. Traditionally, box illusions were designed for box jumpers (assistants) to be divided, multilated, disappeared or otherwised “magic-ed” in some form.

However, with creativity, it is possible to create and adapt solo box illusions, though I admit it does take significant time, money and effort to do. 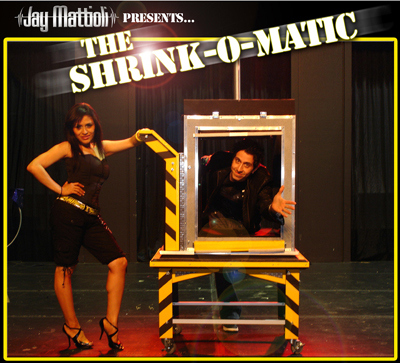 Tim Clothier has a number of solo illusions available on the market and can likely customize different illusions to adapt them for the solo performer as well. 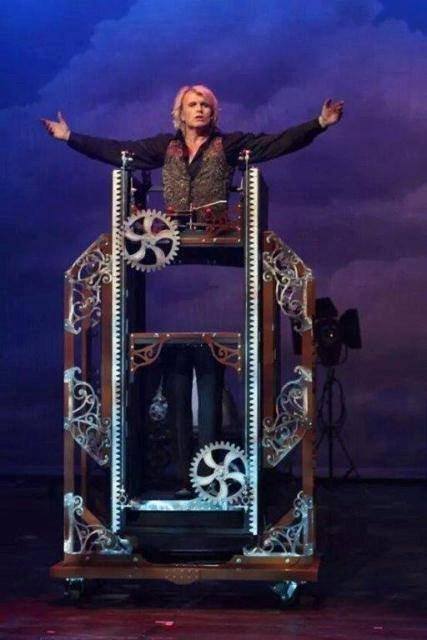 Here is a design idea for a solo vanish box that you can build. I’m deliberately writing this cryptically for the educated illusionist as this is a public post.

The sides of the box are solid but the front and backs are covered with roller blinds (with spring catches removed). The blinds are attached along the top of the box so that they spring back to the top. When they are pulled down, the tension must be held otherwise they will spring back.

This set-up allows the rollerblinds to be manually opened and closed from inside the b*** by the solo performer.

After understanding this set-up, it will be apparent how this prop can be used to create a solo vanish and reappearance illusion effect.

While solo appearance and box illusions generally work on a small number of fundamental illusion principles and methods, there are a variety of methods applied when it comes to penetration illusions.

Andrew Mayne was the first to publish a book dedicated to solo illusions entitled “Solo X”. One popular illusion was a walking through mirror effect called “A Frame”. He has since published other versions such as “Razor Wire” and “Passage” (walking through a spectator). However, he also has a number of other illusions such as the one performed by Murray below.

Jim Steinmeyer’s “Houdini’s Rope” illusion is described in his book “Device & Illusions” and is a great solo illusion that includes audience participation.

I have a couple of penetrations for the solo illusionist, such as “Slicing Through”, “Visual Displacement” and “A Walk Through the Winery”, that can be found here.

An Idea for a Solo Levitation

When you read the term solo levitation, it is natural to think of levitating yourself. There are a number of illusions available to do that such as Yogano’s Chair/ Barstool Levitation as well as inspired versions of Andre Kole’s “No Feet” illusion like EDF’s “Biting Yourself on the Forehead” and Dan Wolfe’s “This End Up”. 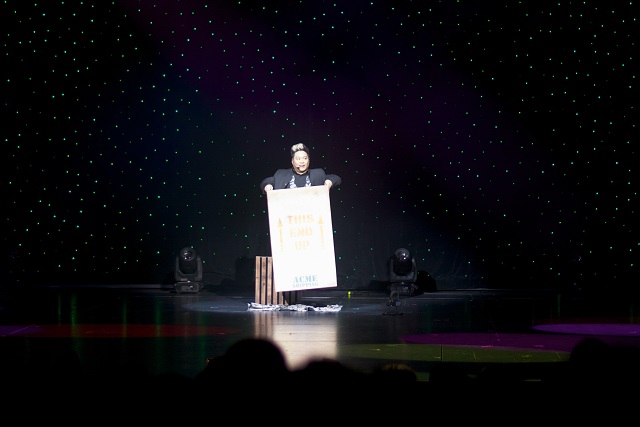 I perform my partial-rebuild of Dan Wolfe’s illusion.

There are also different suspension illusions that can be performed with spectators such as Harbin’s “Chair Suspension” and Walter Blaney’s “Ladder Levitation”.

However, my unorthodox idea is to perform a levitation or suspension not on yourself or a spectator but with an “assistant”. Your “assistant” is in the form of a mannequin.

There are many humourous presentations that can be used to introduce the mannequin (for both family and adult audiences) including having the mannequin fully examined by a member of the audience.

Presentation is key to making this a success and it will not suit all performing characters. But, if you can make it work, this is a way to perform a classic illusion solo.

Watch the recording of a webinar on “Adding Solo Illusions to Your Show” here. 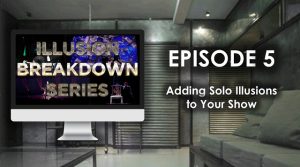 I also discuss how to create and stage a solo illusion show in much greater detail in – Project ONE: The Video + Companion Manual.

Visit SoloIllusions.com for more info and to order.