If you are interested to learn more about filming magic in a professional setting whether it is for street magic or in a TV studio, check out the video course “How to Film Magic for Television: Street or Studio”. Watch the promo video below. 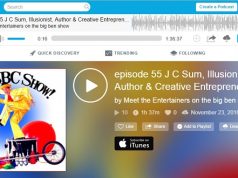