In his commentary in his Enigma Tech DVD, he mentions that Bangladesh was the first country that he worked on exclusively for the series. Incidentally, this is when I also first met Franz and subsequently  I also appeared on the Bangladesh episode of Magic Planet performing my then-opening act and Rand Woodbury’s JAM illusion. That was ages ago and so much has changed since then!

In 2009, ‘Magic Babe’ Ning & I worked with Franz on some illusions for the Singapore F1 and spent some time with him. I managed to spend a bit of time talking illusions, designs and the business. 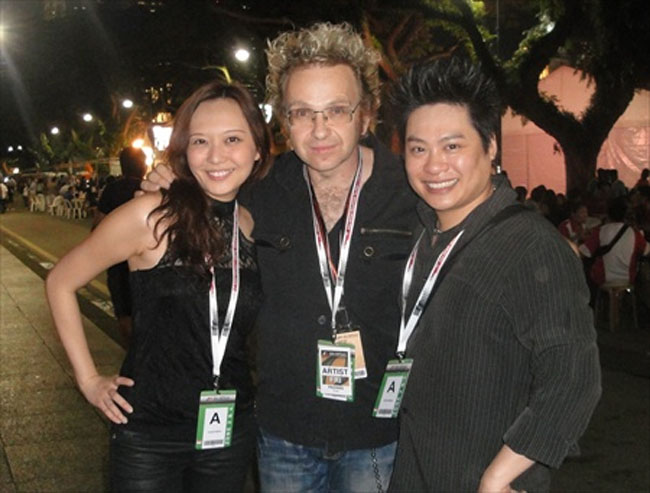 Ning & myself with Franz

Franz sent me the Bangladesh episode, probably in late 2005 or early 2006. It was a great production and concept which he shared with me back in Bangladesh. So, I was interested to see the entire series.

First, I should say I’m a huge fan of Franz’s work and business mind. He shared a few things with me over breakfast that opened my eyes and I applied his pearls of wisdom to my own career with positive results. (Nothing magic-related but approaches that changed the way I handled my subsequent projects.) So, I watched the DVDs with a different set of eyes and mindset than the casual viewer or even any other magician. 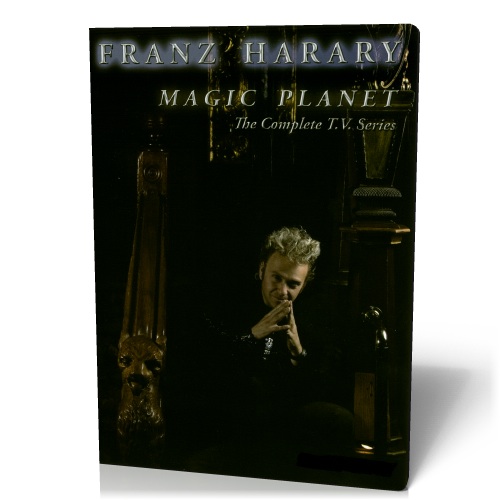 Personally, I enjoyed the DVDs because I saw all the things he discussed with me and how they were actualized. A lot of things are very relevant to Ning & myself at this point in our careers. Other magicians would have different things that they would pick up on and apply to themselves, if any at all.

As an entertainment series, I thought the concept of the show went astray after the first 3 episodes. The overall concept of the show was basically Franz being sort of a travel host and exploring different countries/ cultures and showing his magic & illusion along the way. It is a decent concept, especially with wealth of content that Franz has, but the series does not really stay on course. I know and understand why because I was privy to the model behind the production of the show but to the casual viewer, they would not have this back knowledge or even care.

I also felt the production value was not consistent, at least not consistent enough for broadcast TV standards. But, it makes for an awesome DVD set!

Over the course of the series, you will see practically all of Franz’s stage show. In fact, you will see clips of many of the same illusions at times from different shows. Some may argue that the repetition is too high.

Ignoring the repetition of certain acts, you cannot but be entertained and educated on Franz’s various original illusions. He is one of the VERY few illusionists in the world who do 100% or close to 100% of their own illusions. Peter Marvey is another name who comes to mind whom Ning & I worked on the same TV show with in Jarkata in 2010. While I personally don’t like all their illusions but I admire and have the greatest respect for them for wanting to present only completely original illusions.

One thing you will see is just how huge many of Franz’s stage illusions are. Talk about not packing flat. His stuff plays big and packs big! And all his illusions are built from steel, unlike my choice of aluminum. Speaking with him, I know why he chooses steel. There are several practical reasons but I’ll let you find out for yourself what the biggest reason is, if you have the chance

Street magicians and close-up workers will cringe every time Franz hits the “streets” because there is only one close-up effect that Franz presents (Franz admits this in his Enigma Tech commentary as well) but it is shown way too many times IMHO. But I understand why the content is there.

You will see a lot of guest performers on this show from different countries, in both formal and informal performances. So, this will be a treat for magic enthusiasts of all genres.

You get a lot of material (6 DVDs worth of 2 episodes each) and if you are especially interested in stage illusions and mega illusions, you will enjoy this series. 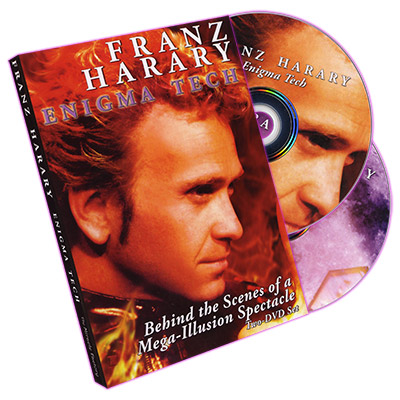 As an illusionist and illusion designer, I thoroughly enjoyed the “Enigma Tech” 2-DVD set. I think it is easily worth 2 – 3 times the price. The real value of these two DVDs is the commentary that Franz recorded, much like a director does commentary for a movie. David Copperfield did a commentary for his “Illusions” DVD but his was more for the lay public who have an interest on behinds the scene info.

Franz’s commentary is definitely more geared to the magic enthusiast as his comments would only make sense to people who have basic magic/ illusion knowledge.

In Vol 1, Franz basically repeats a lot of the stuff from Magic Planet. He admits this in the commentary and acknowledges it is a “conglomeration of different content” to form an unoffical 13th episode of Magic Planet. I watched the DVD with the commentary and he gives some backstory and basic philosophy behind some of his designs and productions.

Although the tagline of this DVD is “Behind the Scenes of a Mega-Illusion Spectacle”, I think that it is a stretch to call the finale illusion a mega-illusion. Franz has staged many TV mega illusions and is considered the modern day pioneer of such concepts. However, I think this one just does not match up to previous ones. This is the “mega illusion” in question here.

Vol 2 was better for it was basically an entire live show performed in sequence as opposed to chopped up segmented edited performances. This allowed you to see how the show was produced and flowed. While his style of production and flow is very different from mine, I got to see another magic producer at work. You will once again see repeats of many illusions if you had watched the Magic Planet series. Any illusionist, new or experienced, will learn a lot from watching this alone. You may get ideas to see how you can improve your show production or avoid some elements which you think will not fit your style.

I did learn the truth of the origins of the name of one of his illusions, “Slicer”. This is one of his signature stage illusions and is also nicknamed “The Janet Box”. Urban legend was that it was named so because he created the illusion for a Janet Jackson tour. This is proven to be untrue as Franz, in his commentary, said it was named after a college mate called Janet. So that’s cleared up!

Franz’s intelligence and ability to remain current is demonstrated throughout his commentary. I have the greatest respect for this… although I can’t say the same for his hair… which has also evolved over time for the better

He performs a mouth coil routine with a kid and humourously commented that many times people talk about this act over all the grand illusions and special effects. I know exactly what he means. I perform a version of the Miser’s Dream and it too is an overwhelming crowd favourite after working our butts off with our illusions. I often joke with my team that we spend hundreds of thousands of dollars on illusions to make this coin “trick” look good! Many assume that this is proof that the general audience prefers the smaller stage stuff than the illusions. This would seem like a fairly logical conclusion but I know that it is not the case and there is an even more compelling reason. I can’t share it here but I’m sure Franz knows why too.

If you are contemplating which Franz Harary DVD set to get, if you only want to get one, I would say get “Enigma Tech”.

But, if you are interested in stage magic, illusions, a touring show or thinking about producing magic content for TV, this set is a must-have! 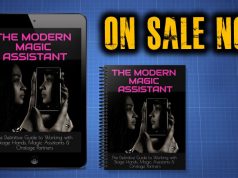 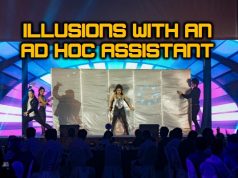 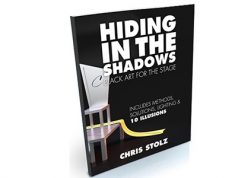